Himalayan salt comes from the Salt Range mountains in Pakistan, and it’s prized for its distinctive pink tint and proclaimed health benefits. It has a few different interesting uses, and in this article, we've going to be talking about some of the more prominent ones. Let’s just jump straight in.

One of the most popular uses of Himalayan salt is for salt lamps. These large, hollowed-out blocks of salt look absolutely stunning and give off a warm, pinkish-red hue when lit. They're a must-have if you're wanting to give your home a cozier and more natural feel.

In addition to looking beautiful, it’s believed that Himalayan salt lamps provide health benefits because of the comforting hue and the minerals they release into the air, so that’s another reason to consider buying one for yourself.

Aside from the impurities and trace minerals that make it look pink, Himalayan salt is chemically identical to table salt, so it should come as no surprise that it’s used widely in cooking to add flavour to dishes.

You may notice a slightly different taste from standard table salt, but that's all the more reason to like it.

On the topic of cooking, let’s talk about Himalayan salt slabs, which are solid blocks used for presenting food and for searing things like meat and fish in the oven. If a food is dry, the salt slab won’t have much effect on it, but if it’s moist, it will absorb minerals from the slab, resulting in a richer taste.

Salt slabs can also be used to cure thinly-sliced meats and fish, so if you’re looking for an elegant way to preserve your food then this is it. 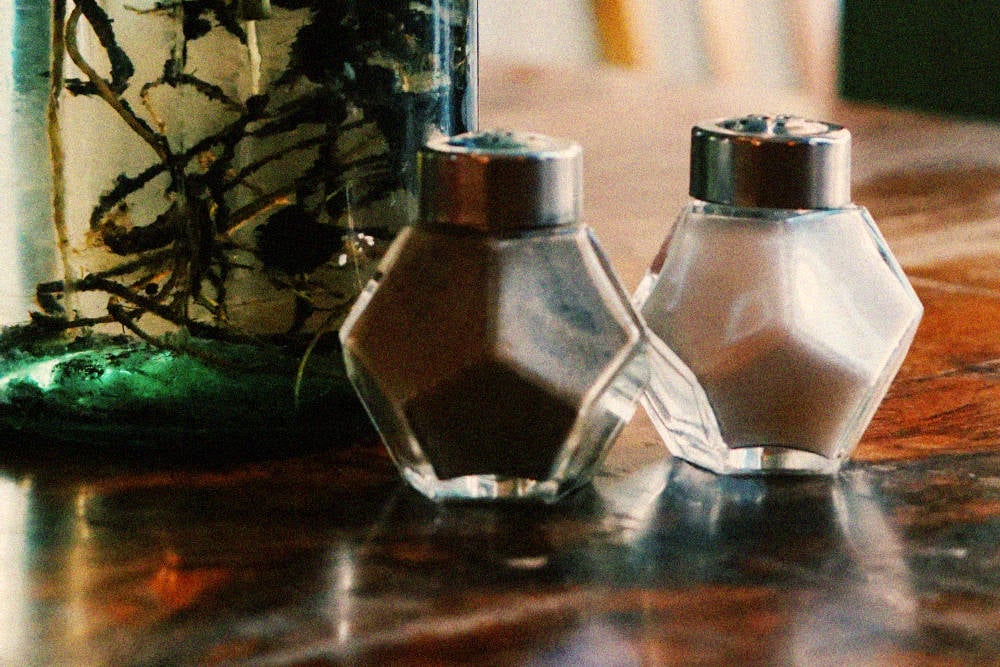 Himalayan bath salts are a thing, and if you're looking for a way to wind down after a long day, these may be your new best friend. When dissolved in bathwater, the salt is said to have a relaxing effect, while also being great for the skin and helping to alleviate symptoms for things like eczema. Definitely a worthwhile investment.

This may come as a surprise, but Himalayan salt can actually be used to make shot glasses for Tequila and other alcohols! Small amounts of salt will dissolve into the drink, changing the taste slightly, but that's all part of the exciting new experience that these shot glasses offer.

Sure, we wouldn’t recommend replacing all your standard shot glasses with ones made from Himalayan salt, but they’re nice to have for special occasions and they’re sure to impress your friends.

Himalayan salt is a very versatile mineral, and though we only covered 5 uses, there are likely many more creative ways in which it’s used out in the world. If I had to pick a favourite from the list, it'd have to be the Himalayan salt lamp because nothing beats having a beautifully-coloured natural lamp in your home for you and your guests to enjoy.